The Hero and the woman he leaves behind.
A boy that embraces a river of tears.
A girl that holds a handful of dust.
The living and the dead are fighting each other, like children playing the warriors in the middle of a battlefield.
With the knowledge of despair and the agony of knowing.
Having as unique consolation their own evident condemnation, their sentence to death unifies them. Two speechless bodies are facing the body of an epic speech.

The performance, produced by Athens Festival, co-produced by Kostopoulous Foundation, Archa Theatre and the Belgian group Ultima Vez, has been described by the creators as a 50 minute battle on stage, loosely inspired by the story of the last meeting between Hector and his wife Andromache, from Homer’s The Iliad. Fruček and Kapetanea have set this battle between a man and a woman, between love and death in a contemporary context. 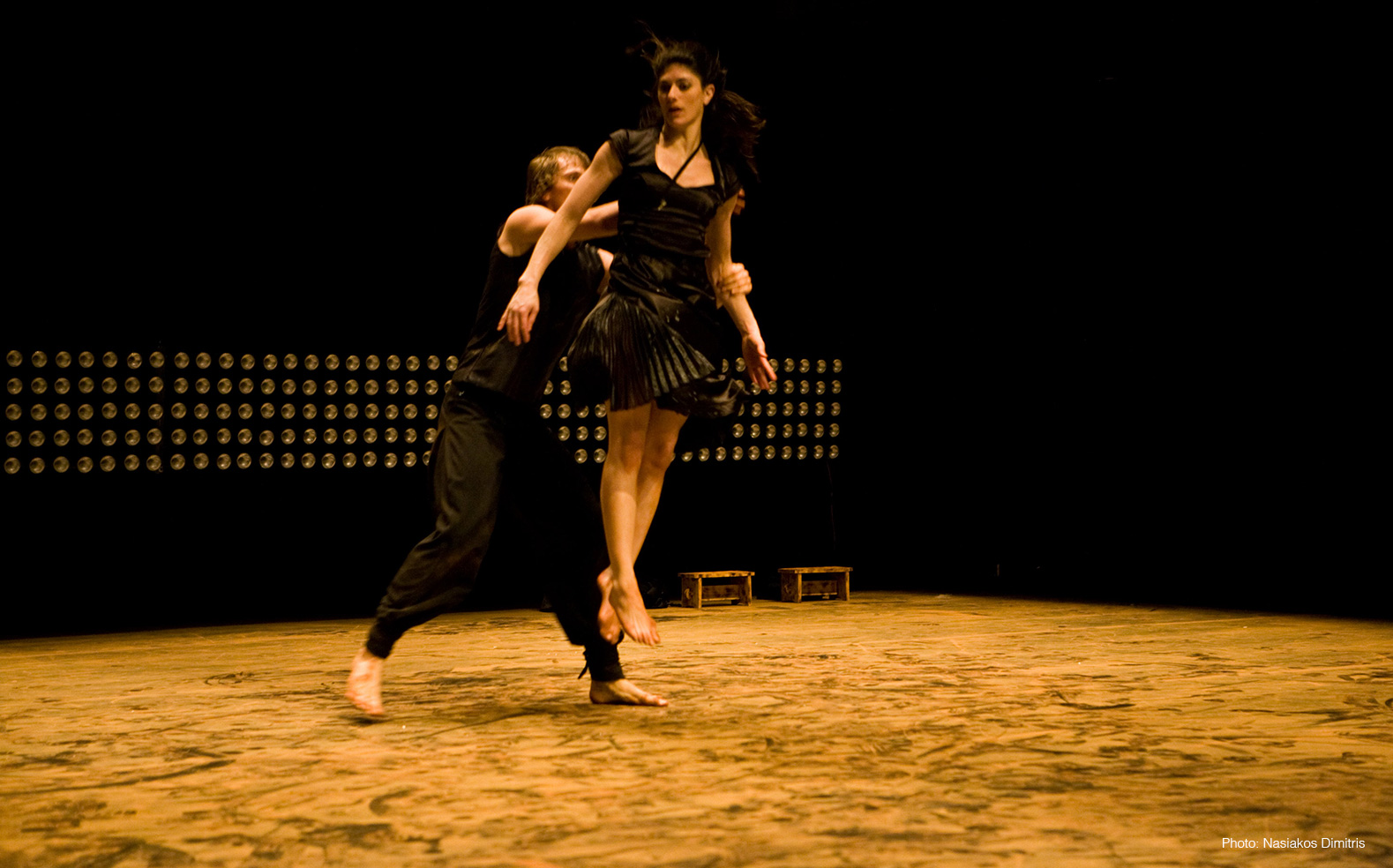 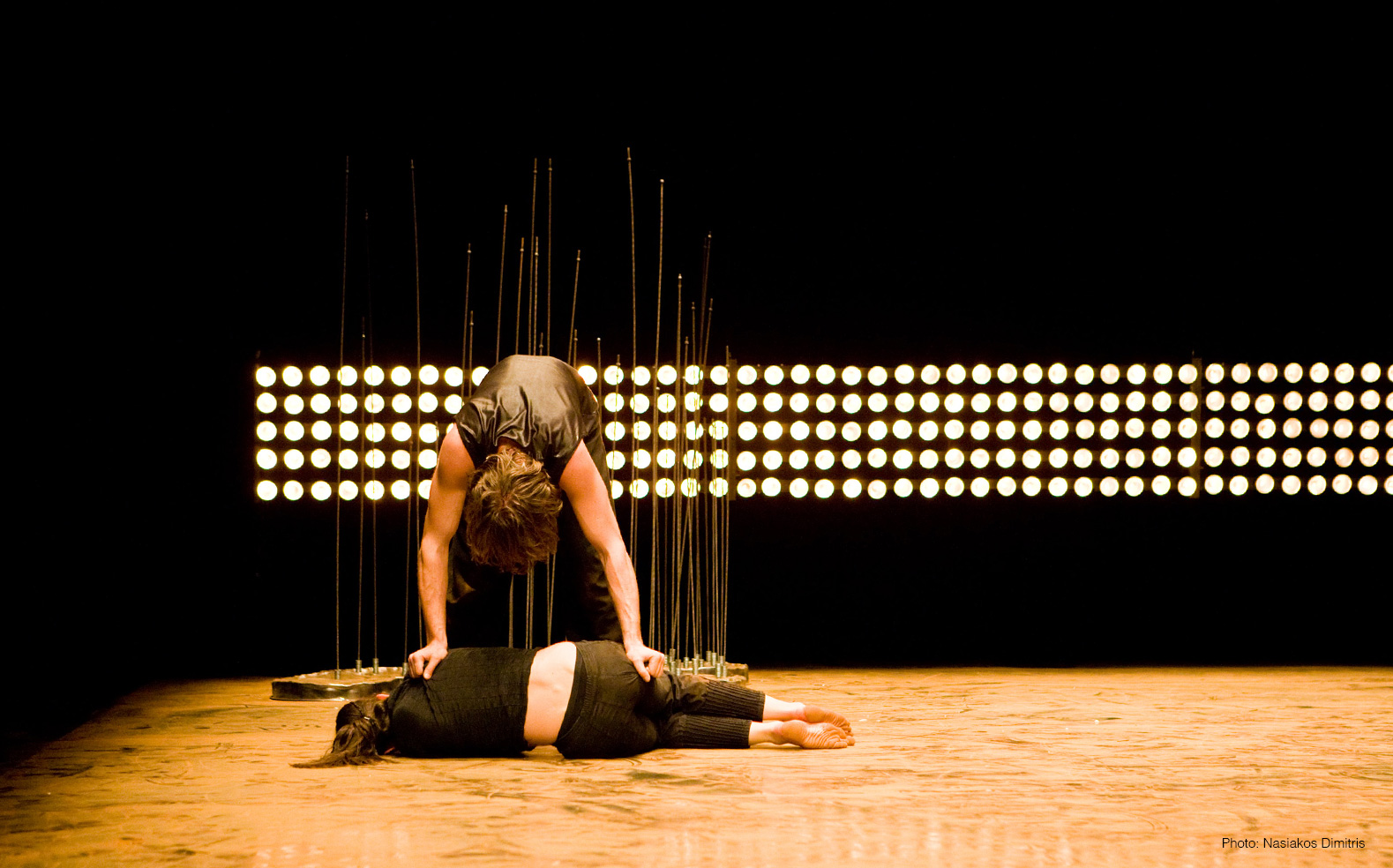 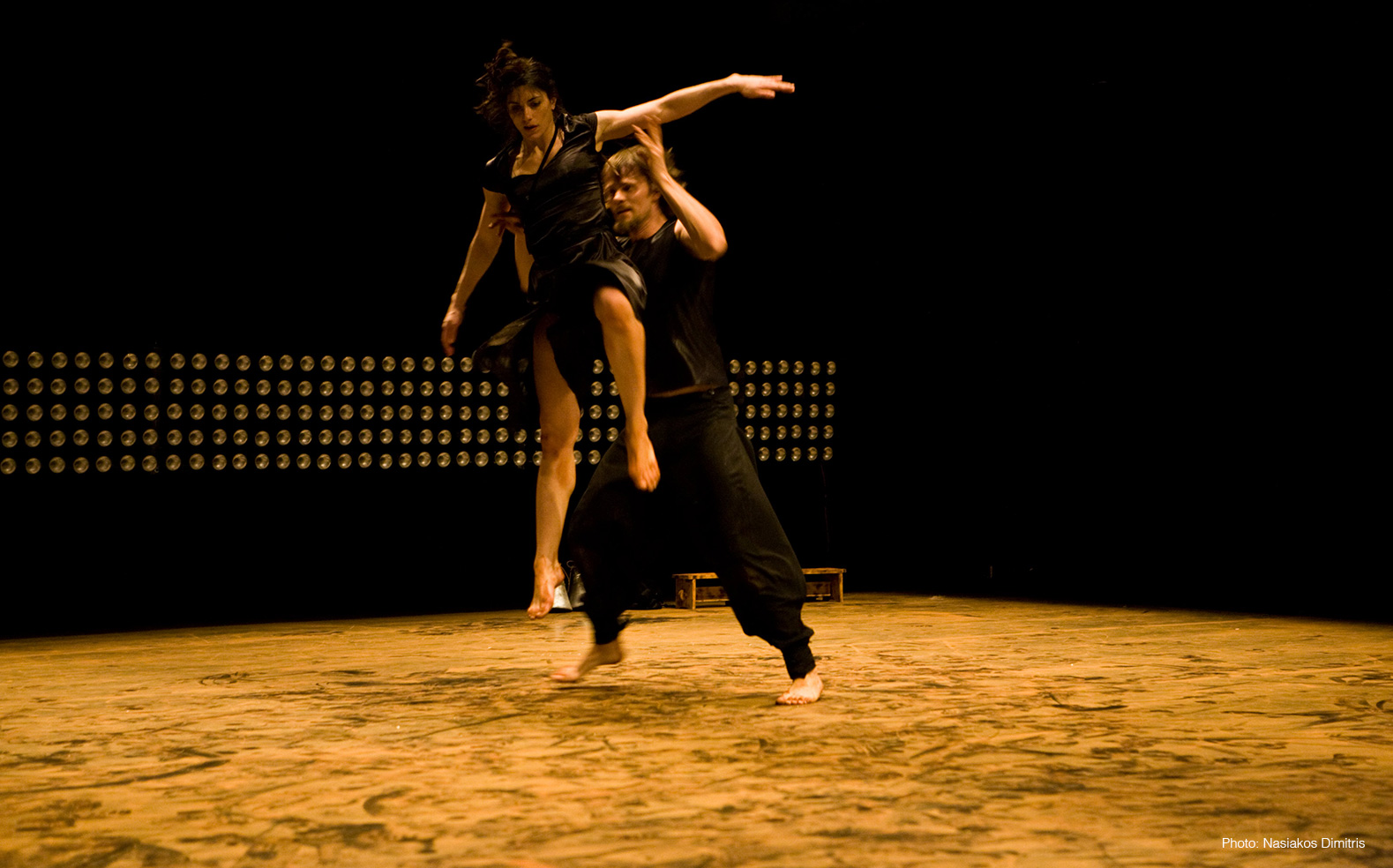 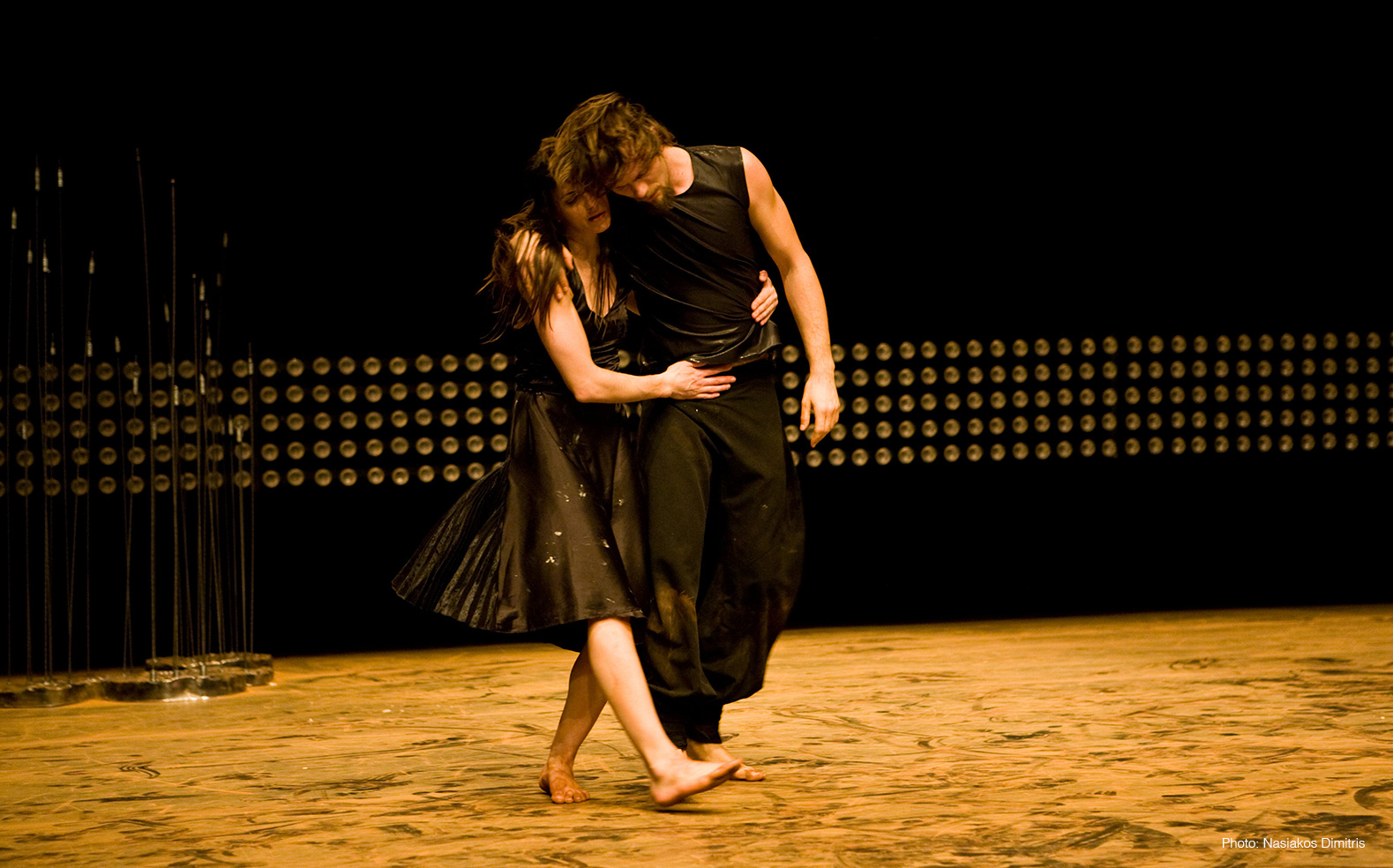 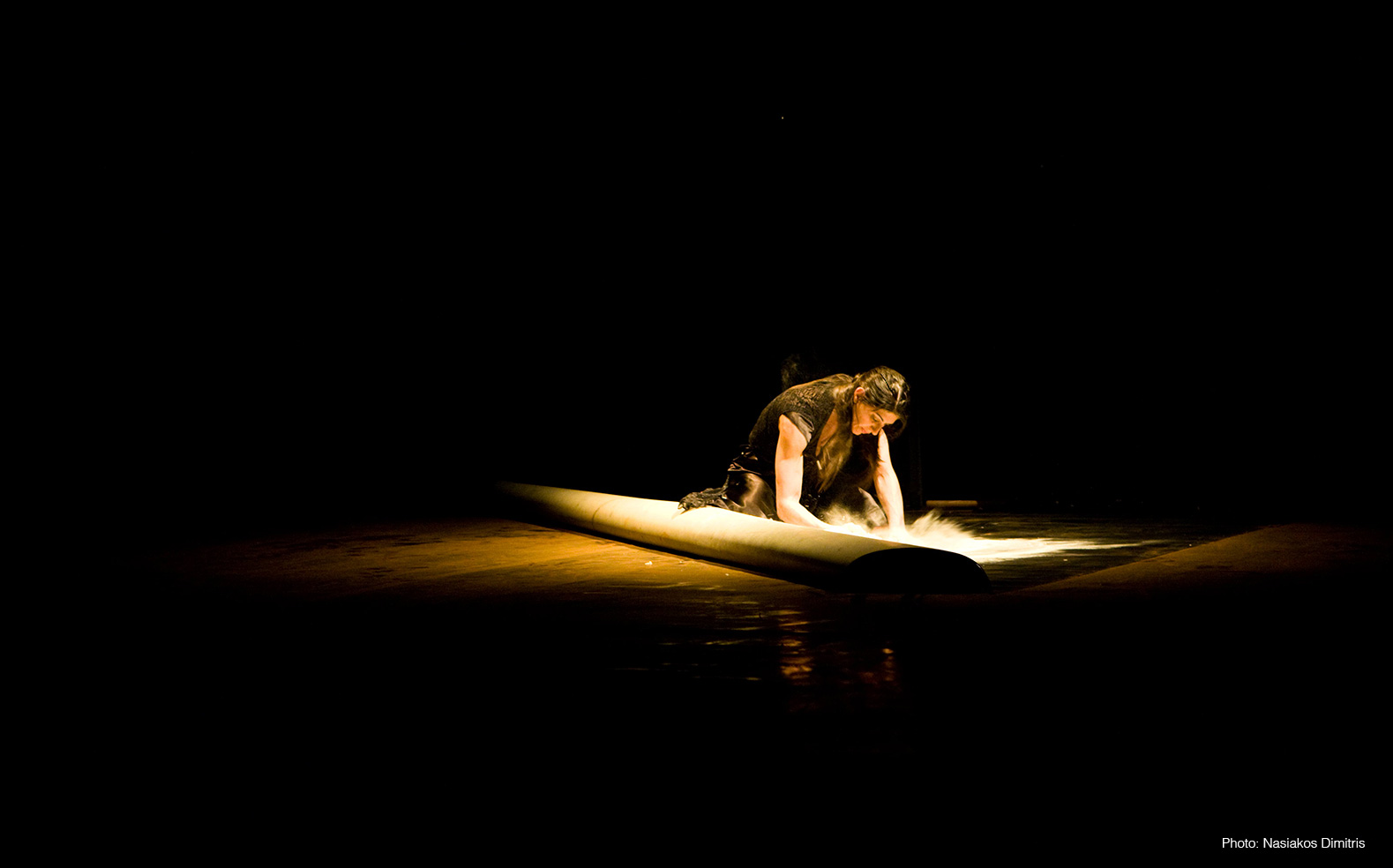 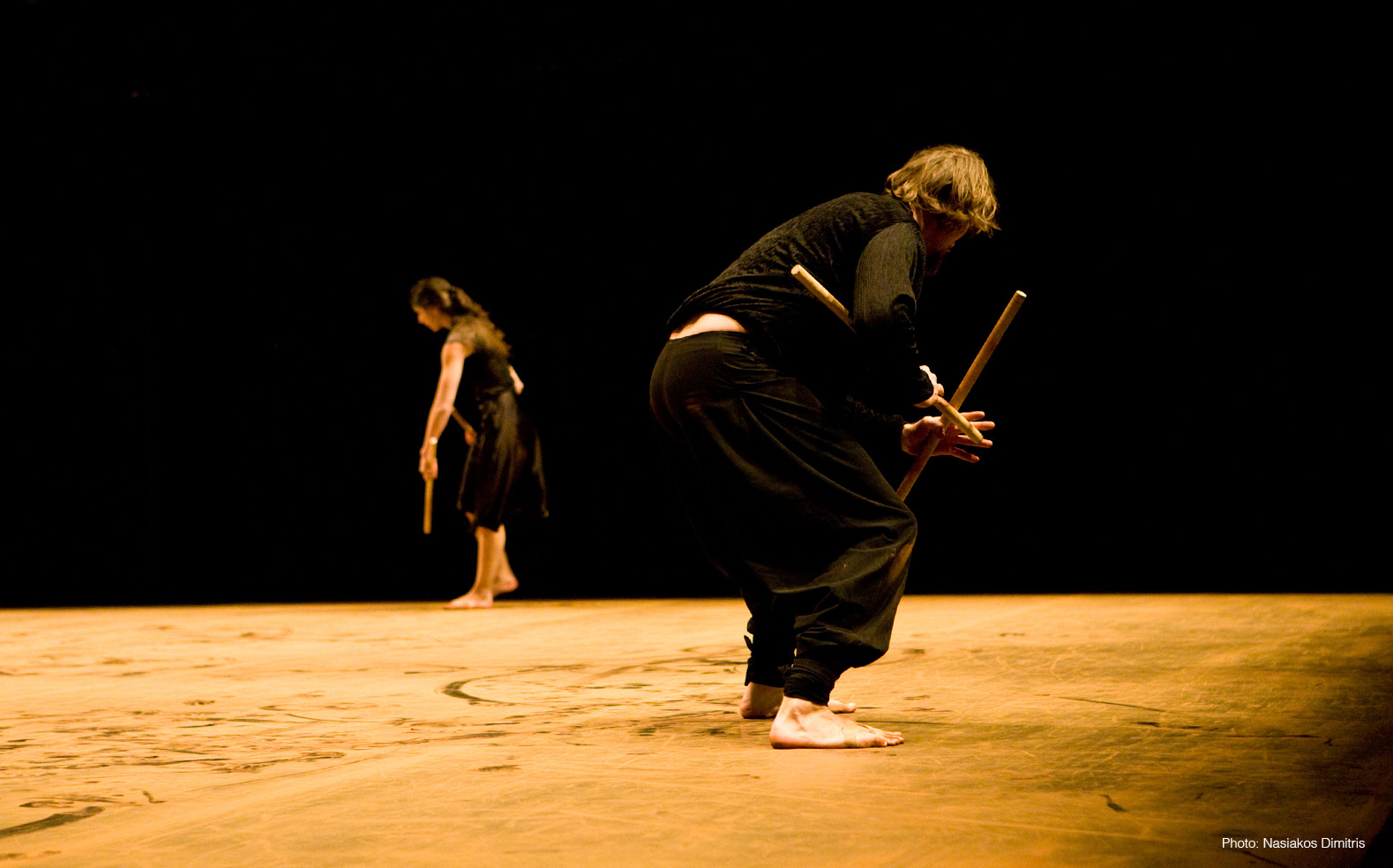 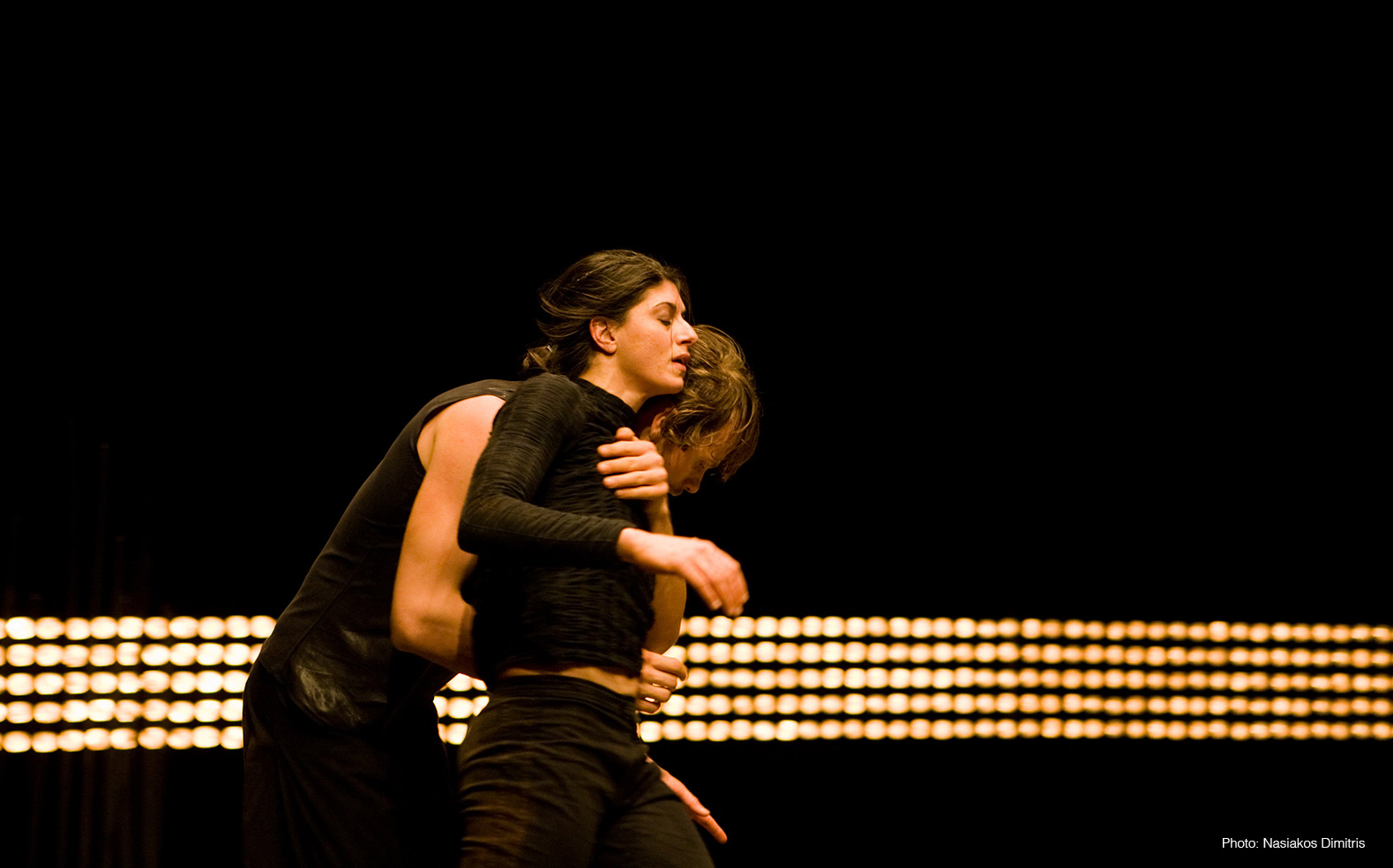 With the support of
ULTIMA VEZ/ULTI’MATES

Real and fierce fighting with wooden clubs and bare hands, which you look with holding breathe…

critic of Aerowaves and Resolution Festival

…Percussive soundtrack of drums, gongs and xylophones echoed the on-stage battle as the relationship, brutal and repressive at times, kept the audience inquisitively attentive.

writes for the Guardian, Dance Now, Dancing Times and other publications, and is dance editor of Contemporary magazine

…They fight each other furiously - first with wooden rods, then with bare hands - in a high-tension combination of rigorous martial arts and no holds barred physical theatre… It is still gripping and bruising experience.

The whole crew of RootlessRoot, Linda Kapetanea and Jozef Fruček’s Dance Company, excelled to the highest degree with their work, in the production of the extended Duo Sudden Showers of Silence/wonderful aesthetics in every aspect of the production.

An impressively skillful collision of bodies, souls, intentions, love and hate, interrupted by brief respites of intimacy and silence, words and emotion. The eternal attraction and opposition between the male and the female interpreted by two excellent dancers.